Ads from Influencers You Don't Follow: What Marketers Need To Know About Instagram's New Update

This marks a significant change in how influencer content can be marketed on the platform. Not only can influencers reach scale outside of their followings, but it gives Instagram a way to cash in on the influencer phenomenon.

According to a February 2019 study by influencer marketing agency Mediakix, 69% of US marketers plan to spend most of their influencer budget on Instagram. Before the Facebook-owned social network introduced this branded content feature, there was no direct revenue stream for the platform to make money off the half-a-million 500,000 active influencers on the platform.

“Instagram has let influencer marketing flourish and grow organically for many years," said Debra Aho Williamson, principal analyst at eMarketer. "Now it’s looking to turn that activity into a revenue stream. It could be very lucrative for Instagram.”

But the question now is, will influencers find the same success when placed outside of their follower network?

It does blur the lines, but to a large extent, it creates a situation that is the best of both worlds. A brand, which shares the same values as the influencer, is able to extend the influencer's reach to followers, yet maintains the influencer’s authenticity.

Some marketers argue that it’s hard to reach scale with influencers. How might this help?

This will definitely help reach scale, but at the expense of authenticity and the price of turning influencers into walking billboards. If [scale] really concerns any of the social networks, they could easily resolve this by limiting the chokehold they have on influencer content reach. Most influencers only reach a very small portion of their audience because the social networks apply algorithms to minimize it. So yes, this will provide unlimited scale but will result in less-engaged audiences.

Putting paid dollars behind influencer content allows brands to expand their reach, and generally speaking, it’s a win-win for both parties. The influencer’s personal brand gains exposure to a larger audience than it would have otherwise, and marketers reach more people who are aligned with their brand. To be successful, it's important to choose audiences and budgets that align with the values and expectations of each influencer—meaning some influencers may be comfortable with a large budget to expand their reach into new audiences, while others may not.

Some brands have argued that organic reach has slowed on Instagram. Are you concerned that will happen to organic influencer posts? Is this Instagram’s way of “taking its cut” from influencer marketing?

While Instagram is the strongest channel for influencer marketing today, they walk a fine line of appeasing their influencers and advertisers while generating as much revenue as they can. Facebook [which owns Instagram] has not been shy about limiting reach when it made sense for them. It’s definitely a concern, but influencers will diversify, and we'll see additional social networks becoming prominent. This competition will make it hard to limit reach the way that Instagram does today.

It's definitely a concern, and if I had a crystal ball, I'd say that it will be a reality in the not-too-distant future. Social networks like Instagram have been adjusting their algorithms and business models as marketing dollars have shifted into influencer marketing. Redirecting dollars back through the Instagram platform through promoted posts is one way of recouping those dollars.

Why will consumers be influenced to buy something from an account they don’t follow and aren’t familiar?

There will be scenarios where the quality and nature of the content will be very effective, but those will be the outliers. Generally speaking, this feels like a nonalcoholic beer. It might taste similar and have a similar bottle, but it's not to generate the same buzz as traditional influencer marketing. To most people, influencers they don't know are just ordinary presenters.

eMarketer PRO subscribers can read more analysis on the ways marketers use influencer marketing and how big of a problem fraud poses in our recent report: 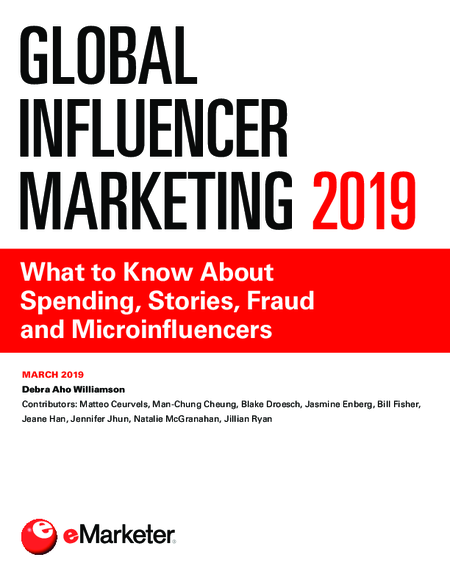 Article
How name, image, and likeness rights have changed the game for college athletes

Article
Why brands work with creators