The age of AVOD is coming

Even though ad-supported streaming video predates subscription-focused streaming, much of the conversation around streaming services has focused on the latter, thanks to the rapid rise of Netflix. Indeed, more than 90% of OTT video service users will watch content via a subscription service at least monthly in 2022.
With the launch of its own ad-supported tier this fall, Netflix has helped usher in the next phase of the streaming conversation, which will focus on AVOD. 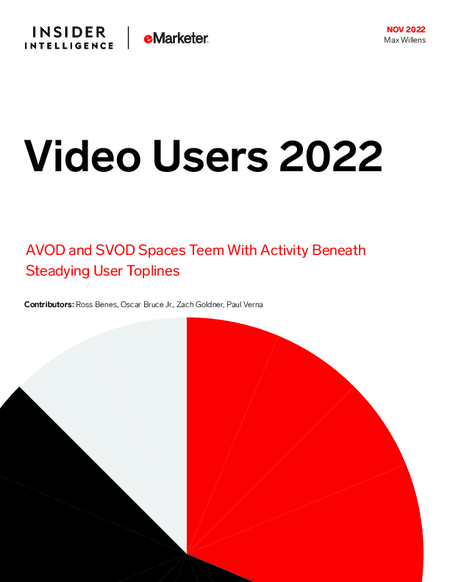