Agency Pros Say Fraud Is Biggest Threat to Their Budgets

In a poll conducted by ad measurement firm Integral Ad Science (IAS), 69.0% of agency executives say that fraud was the biggest hindrance to ad budget growth, compared with more than half (52.6%) of brand professionals who said the same.

“Agencies are still closer to the programmatic media buying process than most brands, which suggests that as brands become more educated about programmatic generally and fraud in particular, their concerns might grow,” said Nicole Perrin, eMarketer principal analyst and author of our recent ad fraud report.

How much is fraud costing advertisers? Nobody knows, but with estimates ranging from $6.5 billion to $19 billion, there’s a lot at stake. And automation, in the form of programmatic buying, isn’t helping. (We forecast that more than 80% of this year’s display ads will be bought programmatically.)

The growing influence of programmatic buying is relevant to advertisers’ fraud concerns because the complex and opaque ad supply chain has made programmatic ad buys vulnerable to fraud whenever proper safeguards aren’t put into place. Ad measurement firm Pixalate estimates that 17% of programmatic ads served in the US are invalid, meaning those impressions were not seen by a human.

“Programmatic technology has disintermediated the ad buying process,” Perrin said. “That has benefited advertisers in numerous ways, but it has also opened up possibilities for bad actors to insert themselves into the supply chain. Advertisers know a percentage of their programmatic spending is being siphoned off in this way and are mostly focused on keeping that percentage as low as possible with a variety of tools and strategies.”

One safeguard programmatic ad buyers can implement is closely examining the reports they get from their ad tech vendors to ensure that the ads they purchased ran where they were supposed to run.

Advertisers that buy cheap video inventory without looking into where their ads actually ran are likely to get scammed by an arbitrage play. Because digital video impressions are both attractive and expensive, unscrupulous middlemen have found they can make a few quick bucks by buying display inventory on one exchange, repackaging it to look like video and then reselling it to a second exchange for much higher CPMs. Advertisers that closely monitor their ad serving and buying reports can avoid these pitfalls. 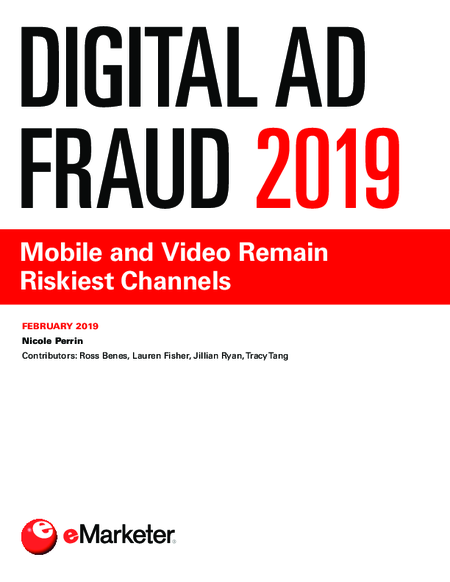 Article
Adobe and Canva make their mark with marketers

Article
Programmatic advertising and CTV are becoming forces in political advertising—but there’s a ...