As OTT Subscriptions Grow Worldwide, Which Markets Is Netflix Winning?

Netflix’s global ambitions are well-known, but in which countries are they capturing viewers and in which ones are they lagging? eMarketer tracks over-the-top (OTT) subscription video users worldwide, and our latest forecast provides some answers. In primarily English-language countries, Netflix has a clear track record of success, with a majority of OTT users in those markets using its services. But if it hasn’t filled out its slate of localized content, adoption is slower.

The UK ranks as the most mature subscription OTT market in the EU-5 (France, Germany, Italy, Spain and the UK), with 36.5% of internet users streaming OTT services. Amazon Prime Video and Netflix had a relatively easy entrance to the UK due to their large offering of English-language content. Netflix also established a partnership with pay TV service Sky to offer its platform to subscribers. This year, Netflix will account for 74.0% of subscription OTT users in the UK.

Australia stands out in Asia-Pacific as the market where Netflix is most heavily penetrated. Viewership is more comparable to North America and Western Europe, with 73.8% of subscription OTT users watching Netflix. Its large library of English content and the popularity of OTT services (42.0% of internet users) made entry relatively easy.

In Canada, if Netflix was measured like traditional broadcasters—with weekly time spent figures and reach metrics across age, gender and regions—there is little doubt it would be a challenger for the No. 1 network in the country. Since its debut in Canada in 2010, the first non-US market launched by Netflix, it has reached north of 50% of the English-speaking population in most estimates. We forecast the number of subscription OTT video viewers in Canada will reach 17.4 million this year—more than 13 million of whom will be Netflix viewers. But it’s penetration among French-speaking Canadians is much lower, due to its having less programming tailored to this audience and some in-country regulations around local content creation aimed at ensuring cultural relevancy.

In France, Netflix faces a similar challenge due to regulations in the country: Films cannot appear on pay TV movie channels for 10 to 12 months after their theatrical release, whereas subscription OTT platforms must wait 36 months past theatrical release. This rule has led to the weakest adoption of subscription OTT services among the EU-5, at 18.3% of internet users.

Germany’s subscription OTT video audience will grow faster than any other EU-5 market this year, climbing 24.5%. Millennials are driving the adoption, drawn to subscription services’ collection of box-office hits and German-dubbed content. Netflix has been less successful signing up individuals ages 50 and older, who are still loyal to traditional TV. In 2018, 70.3% of Germany's OTT video service users will access Netflix.

Spain is just behind Germany in subscription OTT video viewer growth, and Netflix already has a large library of Spanish-language content from its experience in markets across Latin America. In 2018, 55.9% of subscription OTT viewers in Spain will use Netflix. By 2022, that share will rise to 68.1%—comparable to the 71.0% rate in the EU-5.

Netflix’s penetration of subscription OTT video users in Asia-Pacific will advance from 11.8% this year to 14.3% in 2020. Aside from a lack of localized content—Australia withstanding—its challenges are the same as other OTT players in the region. Asia-Pacific is home to one of the most competitive OTT markets in the world. The region has the highest growth potential for subscribers and Netflix and local video services are building libraries of content to drive interest. OTT investment into Asia-Pacific will spur the fastest subscriber growth rate worldwide in 2018, rising 35.2% to 331.5 million.

In India, consumers are opting to stick with traditional TV and ad-supported platforms like Hotstar and YouTube. High prices and a lack of localized content on OTT platforms have deterred adoption. Local players Zee and Viu offer programs in a handful of dialects, catering to a wide number of consumers. Both Netflix and Amazon Prime Video primarily provide content in English and Hindi. Prime Video is addressing this issue through the addition of regional titles, whereas Netflix has not yet made the same investment. In 2018, only 1.7% of internet users in India will watch Netflix.

In Japan, Netflix launched in September 2015 and amassed more Japanese titles than US titles on its platform. Yet subscription OTT penetration in Japan has reached only 16.0% of internet users. Despite Netflix’s heavy investment in Japan, only 17.0% of subscription OTT users will use the platform by the end of 2018. Japan is home to older affluent consumers who regularly watch free-to-air (FTA) channels. Although these individuals can afford OTT platforms, they view the services as more of a complement to FTA programming. 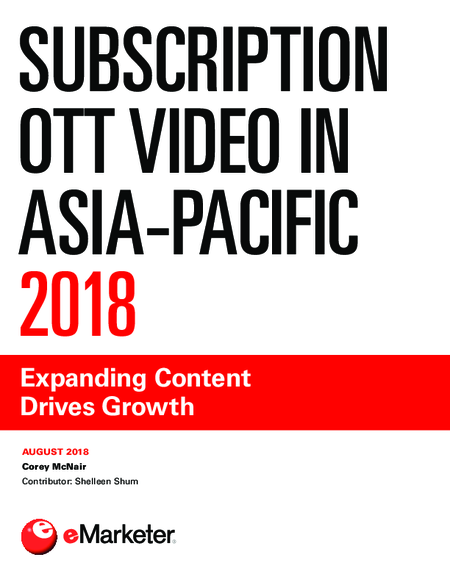 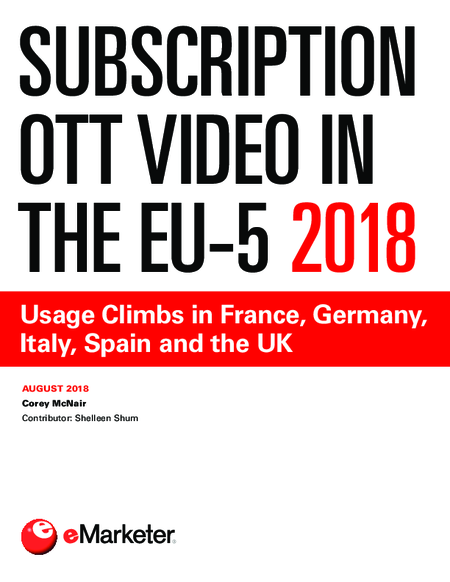 Catch up on the US forecast for the OTT market with this recent eMarketer PRO report. 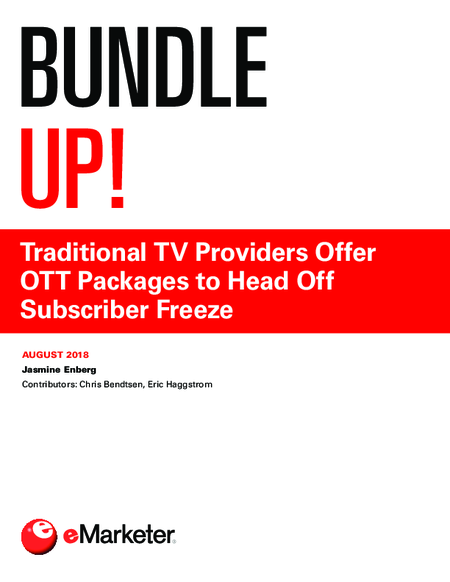 In the latest episode of "Behind the Numbers," we look at what’s going with the subscription OTT video market in the EU-5 countries.