Until recently, many industry analysts lumped virtual reality (VR) and augmented reality (AR) together under an umbrella of “immersive technology.” While VR and AR are indeed related, they are distinct technologies with different applications.

VR completely immerses users into visual environments that are separate from the real world, while AR involves overlaying information onto images or camera views of the real world to enhance users’ experiences. Thanks to its affinity with smartphone tech, AR is proving easier to implement.

AR and VR are also expected to grow at different rates. For a time, it seemed as though VR was on track to be the next digital superstar. Large tech companies, including Facebook, Samsung, Sony and Google, raced to roll out futuristic headsets that promised to bring VR to the masses. But despite this investment, VR still hasn’t gained momentum. The industry has been plagued by high-cost hardware, motion sickness, a dearth of compelling content and a general lack of consumer interest.

While VR is still expected to grow, the technology—at least for now—remains rooted in the gaming industry. “VR is in a tough stage right now because of limitations of the technology, the install base and scale,” said Keith Soljacich, vice president of experiential technology at Digitas. “It’s very cumbersome and requires a lot of equipment.”

In contrast, AR is becoming mainstream, thanks to a host of technological advances and big-tech backing that makes it accessible on smartphones. Since the overnight success of Pokémon Go in 2016, new development tools like Apple’s ARKit and Google’s ARCore, innovative lenses and filters from Snapchat and Facebook and cloud-based platforms have hit the market. These tools are hastening the development of content and experiences that can become integral to people’s routines. As a result, AR's growth is accelerating, while VR's is leveling off.

“Where VR looks like a subset of the games market, AR’s long-term dynamics could be more like mobile,” Tim Merel, managing director of research firm Digi-Capital wrote in TechCrunch in May 2018.

By the end of 2018, eMarketer estimates that there will be 51.2 million AR users in the US, compared with just 36.7 million VR users.

And July 2018 research, conducted by VR Intelligence and SuperData Research, found that 46% of industry professionals believed that AR would reach mainstream adoption within 3 years, compared with just 33% who said the same for VR.

A majority of industry practitioners also agree that AR will soon financially eclipse VR. January 2018 research from international law firm Perkins Coie found that two-thirds of US immersive technology professionals surveyed believed AR revenues would surpass VR, with half saying it would happen in less than three years. The poll also found that the timeline had accelerated since the question was last asked in July 2016.

“In terms of use and scale, AR is going to bypass VR exponentially because we won't think of AR as a channel,” Soljacich said. “VR isn't necessarily a core experience in our daily lives, but AR has the potential to become core to everything we're doing.”

eMarketer's latest report, "Augmented Reality Marketing and Advertising 2018: Adding Virtual Value to the Real World," delves more deeply into the dynamics of the AR ecosystem, the ways marketers are experimenting with the technology and what’s next on the horizon. 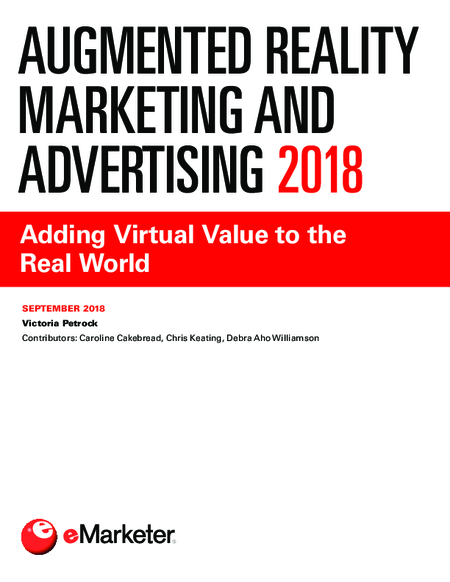 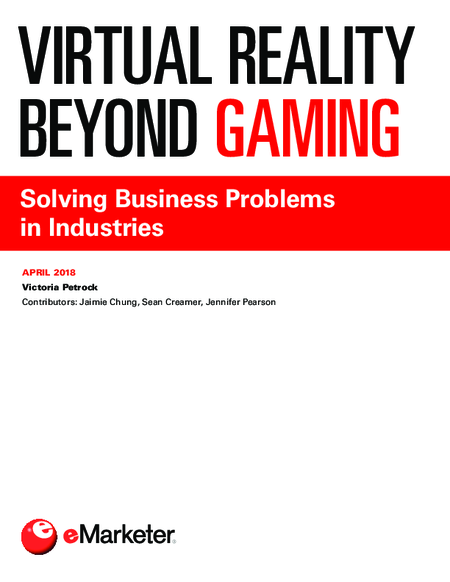 In the latest episodes of "Behind the Numbers," eMarketer analysts Victoria Petrock and Yory Wurmser discuss the budding applications of AR, as well as what AR advertising might look like. Listen in.