Consumers in India pay some of the lowest rates for mobile data in the world, which has led to a massive increase in digital viewership among internet users. Our newly revised forecast shows a higher-than-expected rise in subscription video-on-demand (SVOD) users in India over the last several years, with the growth rate moderating after an initial influx of internet users in the country.

The spike in users in 2017 was due to what has since been dubbed the “Jio effect,” when mobile network operator Reliance Jio Infocomm launched its services at the end of 2016 with major introductory promotions: It offered free unlimited services for several months to new customers, and then extended that promotion even further. Not only did this force rivals to lower the price of their data services, but it also gave millions of Indians access to fast data for the first time.

With easy access to data and the availability of budget Android smartphones, internet users in India began consuming massive amounts of digital content. We estimate that adults in India are averaging approximately 5 hours with media a day, and that figure will continue rising as we anticipate high growth rates for time spent with digital.

“Consumers in India have an appetite for video content, regardless of medium,” writes eMarketer senior researcher Jeane Han, who wrote our latest India Time Spent with Media report.

Another factor in SVOD user growth is the availability of competitively priced SVOD platforms in India such as Hotstar, owned by Indian media conglomerate Star India. Hotstar, which commands a nearly 70% market share, offers a subscription service at 365 INR ($5.34) a year and is one of the cheapest annual streaming subscriptions in India. The plan provides ad-free content and access to certain live broadcasts such as cricket and Premier League games. Star India, an Indian media conglomerate, is a wholly-owned subsidiary of the Walt Disney Company India.

The availability of low-cost SVOD plans like Hotstar also means that the number of pay TV users in India is decreasing. In 2018, there were 170 million pay TV users in the country, and this year, that will decrease further to 116.3 million, according to the Telecom Regulatory Authority of India.

“With the proliferation of SVOD platforms like Hotstar and Jio TV, video viewers in India now not only have the opportunity to watch the most popular TV content and movies online, but to cheaply watch them whenever and wherever they demand,” said eMarketer forecasting analyst Vincent Yip. “This benefit will continue to drive the erosion in the number of pay TV users.”

For more analysis on how consumers in India spend time with media, read our report. 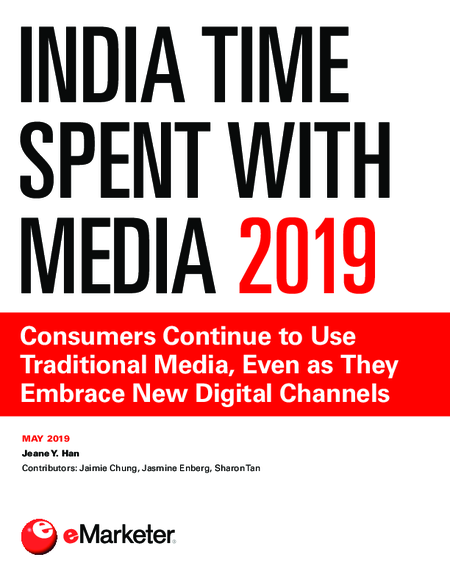 Article
Amazon’s Thursday Night Football gamble is paying off. What does that mean for sports streaming?