Demand for Fast and Innovative Delivery Persists amid the Pandemic

Frictionless commerce, a trend permeating many facets of the customer journey today, leverages technology to improve the retail experience by saving people time and hassle. And arguably, the most competitive battleground in frictionless commerce is in fast and free ecommerce delivery.

“Reliability is now table stakes. Fast shipping is absolutely table stakes,” said Brie Carere, executive vice president and chief marketing and communications officer at FedEx. “Same-day matters as a choice for when consumers really need it, [such as with] pharmacy and grocery.”

In the past year, Amazon raised the stakes with its aggressive move to next-day delivery for Prime members, while both Walmart and Target responded by expanding their next-day and same-day delivery capabilities. Even third-party logistics providers like FedEx and UPS have had to scale their shipping and last-mile delivery capacities to accommodate Amazon, a key retail partner but also a competitor for delivery services. The result is a streamlined nationwide delivery apparatus for ecommerce orders that’s both faster and more timely.

For all the reasons millions of consumers in the US have become habitual Amazon Prime users, frictionless delivery tops the list. According to a January 2020 survey by Convey, a logistics software provider, the top reason that US internet users shopped at Amazon was fast and free shipping (79.8%), even outpacing broad selection (68.9%) and best pricing (49.2%).

Amazon’s investment in next-day and same-day Prime delivery is not merely about providing a better experience for customers—it’s about minimizing the immediacy gap with brick-and-mortar retail. Ecommerce delivery has never been able to compete with physical stores’ ability to get a specific product in the customer’s hands today, and in no other category is this need more acute than in grocery—the $1 trillion retail category that has stubbornly resisted the shift to online.

That is, of course, until the coronavirus pandemic hit.

A March 31 survey from Business Insider Intelligence found that among those who ordered online groceries during the pandemic, 41.8% had never done so previously. Put another way, the penetration of grocery ecommerce users had surged about 72% due to the pandemic.

Among those who ordered groceries online, 34.1% had ordered from Amazon. Despite the overwhelming consumer demand for grocery delivery, Amazon has reliably met communicated delivery times (though delivery windows can be scarce). But the imperfect conditions under which Amazon is currently delivering groceries could be a lot worse. Amazon’s sizable 2019 investments in scaling warehouses and last-mile logistics for next-day Prime shipping put the company in a position to reasonably support the recent demand spike.

“One added wrinkle to frictionless shipping has been contactless delivery, where delivery workers will drop off groceries and other packages at the customer’s doorstep without direct in-person interaction,” said Andrew Lipsman, eMarketer principal analyst at Insider Intelligence and author of our new “Frictionless Commerce 2020” report. “While this has already been the norm for most delivery packages, grocery and other food deliveries tended to be higher-touch interactions. In the age of the coronavirus, this potential friction point has been removed.

“Even as the pandemic accelerates demand for the current incarnation of fast, free and frictionless delivery, the next wave of innovation—drone deliveries—inches even closer.”

The technology, sophisticated enough to handle a range of delivery types, is being piloted in several countries, including the US. Though limited by weight (most can handle only a few pounds of load), drone deliveries lack many constraints of traditional ground deliveries.

Because drones can travel about 80 miles per hour while avoiding traffic, deliveries from a local store to one’s doorstep can be made in a matter of minutes. This opens a world of potential for local merchants. Alphabet subsidiary Wing, for example, is currently making local drone deliveries of gelato and coffee in its test market of Christiansburg, Virginia. Previously, those sorts of orders were impractical and cost-prohibitive. Though still several years away from reaching scale and with plenty of regulatory hurdles to surmount, drone delivery has potential to reduce friction in a way that brings a whole new class of transactions online.

eMarketer PRO subscribers can read more about the retail innovations that are driving improved speed and convenience for consumers—and how the pandemic may affect those innovations. 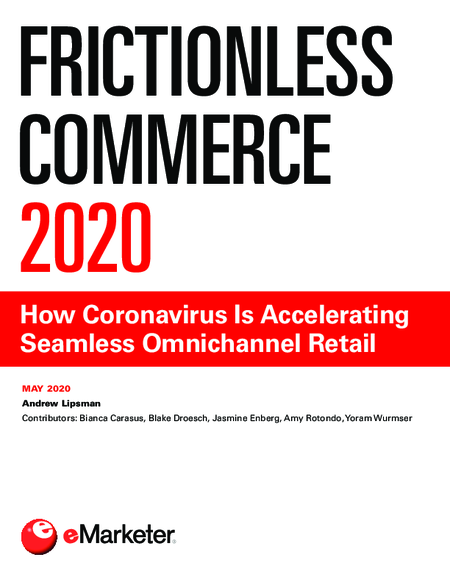 Article
Rapid-delivery apps pick up speed, but established platforms are revving up