Despite media attention, this summer’s Facebook ad boycott did not affect the social network’s ad revenues

On July 1, 2020, many advertisers pulled their spending from Facebook and Instagram, and in some cases Twitter, to show solidarity with the racial justice movement and for other reasons. While it got a lot of media attention, the ad boycott did not negatively affect the social properties’ ad revenues.

In an August 2020 survey of 135 US ad buyers, the Interactive Advertising Bureau (IAB) found that 46% said they either temporarily paused or outright canceled social ad placements. That group included 42% who paused their social advertising temporarily and 4% who canceled it altogether. In addition, 63% of the buyers who had pulled social media ads said they would resume spending sometime later in 2020.

In similar research by ad agency Tinuiti, among clients that advertised on Facebook, about a quarter paused their advertising on the platform for the entire month of July, while a little more than a third did not pause at all. Of those that stayed away for the full month, roughly three-quarters reactivated their Facebook advertising in August.

“A large percentage and a large majority” of advertisers that boycotted have returned to Facebook, said Patrick Harris, vice president of global agency development at Facebook.

The ad pullback that Twitter experienced as a result of the boycott has also likely subsided. In its Q2 2020 earnings conference call, the company said that ad revenues fell by 15% year over year in the last three weeks of June as a result of ad suspensions protesting how social platforms handle hate speech and misinformation. But in Q3, Twitter’s ad revenues soared.

The consumer impact of the boycott was also probably less substantial than some of the media coverage indicated. In one study, by Morning Consult, 41% of US adults surveyed in July 2020 said a company’s participation in the Facebook ad boycott would have no impact on their view of that company, and 20% had no opinion. Just three out of 10 said they’d have a more favorable view of a company that participated.

Another study, conducted in June 2020 by Mindshare, found that among actions a brand could take in response to the Black Lives Matter movement, voicing its solidarity on social media was less likely to cause US adults to support or purchase from the brand than things like making changes within its own organization or providing educational resources.

“With everything leading up to it, I thought there would be posts all over the place, pointing fingers, saying, ‘This brand is giving Facebook its money during the boycott,’ but that didn’t really happen,” said Amy Worley, chief connections officer at agency VMLY&R. “In the conversations that we had with clients, they definitely felt there was a risk that if there was a backlash, it was going to impact them. They felt that a lot more people were watching and paying attention and that this was a real, public social issue, not an inside-baseball, advertising-people issue.”

But the brands that continued to advertise on Facebook didn’t experience the expected backlash, she said.

And in another unexpected twist, when some marketers pulled out, that likely opened up ad inventory for new or smaller advertisers to step in.

To learn more about where marketers are investing in social media, and what to expect in 2021, Insider Intelligence subscribers can read our recent report: 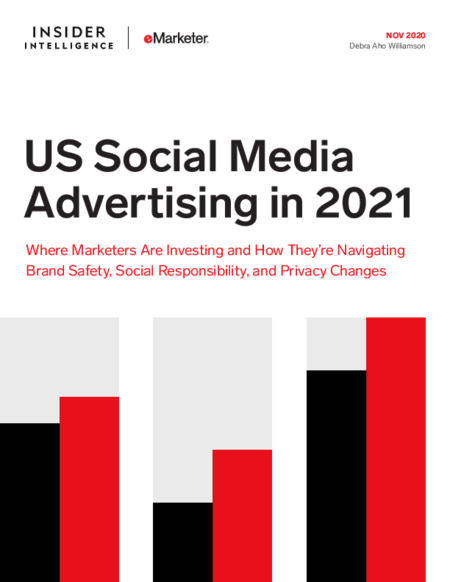