Messenger display ads get eyeballs, but can also be disruptive to users

Article by Rahul Chadha  |  Sep 20, 2018
Download
Facebook Messenger Ads: Are They Worth It?: Messenger display ads get eyeballs, but can also be disruptive to users
Share
Topics
Mobile Messaging
eMarketer Podcast
United States

According to a survey of US smartphone users conducted by Vibes in March 2018, more respondents were interested in using Facebook Messenger to engage with a brand than any other messaging platform.

Facebook Messenger offers marketers a significant audience, a development that hasn't been lost on its parent company. In January 2017, the company began testing display ads on the Messenger home screen in Australia and Thailand. Since then, the ads have been rolled out globally.

eMarketer's latest report, "Messaging Apps and Marketing 2018: Facebook Messenger, WhatsApp and RCS Help Brands Connect," examines the marketing potential of mobile messaging apps like Facebook Messenger in the US, as well as some significant changes to texting that loom on the horizon.

Barclay's data also revealed that Facebook Messenger ads were more expensive than those on Facebook's News Feed at a cost per thousand (CPM) rate of $3.00. But they were half the price of ads on Instagram.

Facebook is also experimenting with new types of ad formats, such as autoplay video ads, in Messenger. But brands should exercise caution in buying advertising on a platform that's fundamentally different than any other in its level of intimacy, according to experts.

"Messenger ads can be very interruptive and a little bit invasive. The analogy I would suggest is that a display ad on Facebook's Feed is like advertising on the radio. But a display ad on Messenger is like advertising in the middle of a phone call. Advertisers need to recognize that and respect it," said Liz Cole, vice president and group director of social strategy at agency Digitas.

Facebook, for its part, has said it plans on prioritizing a solid user experience over saturating Messenger with ads. "With regards to ads in Messenger, it's been a pretty thoughtful and gradual rollout. We recognize that messaging is different than the Feed," said Ted Helwick, director of product management at Messenger. 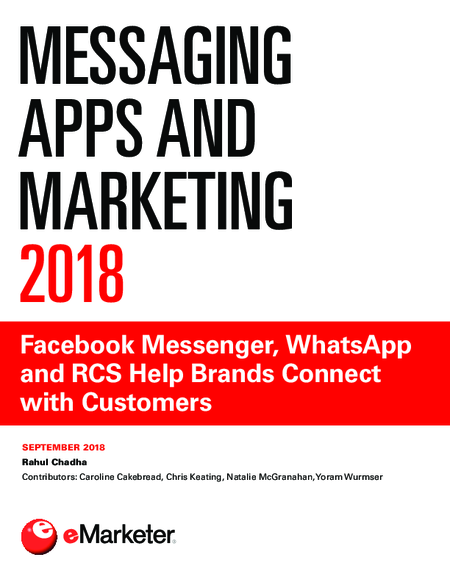 Not sure if your company subscribes? Find out here.

eMarketer analyst Rahul Chadha discusses how consumers feel about communicating with companies via mobile messaging. He goes on to explain what users like and dislike about the medium, the different mobile messaging leaders, what their ad offerings look like and what the future of messaging might look like.