Facebook recently announced that it will finally roll out its long-promised “Clear History” tool, now known as “Off-Facebook Activity.” The tool will show users the information third-party websites and apps have shared about them with Facebook and allow them to disconnect that browsing history from their profiles, preventing its use for ad targeting.

Facebook’s announcement of the tool emphasized the “control” it would afford “you,” the user. While it will give users additional control over their data, it will not prevent Facebook from keeping the information or continuing to collect it—it will just get aggregated without being tied to specific user accounts.

On its website, Facebook says that future off-Facebook activity “will be disconnected within 48 hours from when it’s received. During this time it may be used for measurement purposes and to make improvements to our ad systems.”

Jay Nancarrow, Facebook’s director of policy communications, told Wired that this data is still provided to advertisers so that they can know the “effectiveness of their ad campaigns” and “give businesses aggregated site and analytics reports.”

People in Ireland, South Korea and Spain will be able to use the Off-Facebook Activity tool first before it rolls out more broadly later in the year.

"To enable this feature to show users all of the third-party data tied to their accounts, Facebook had to reorganize and restructure data that was previously more fragmented, so they could consolidate it into a centralized repository tied to specific individuals," he said. "This means that, for the vast majority of users who do not clear their history, Facebook may have more complete data profiles that allows them to more completely track and target individuals."

First promised at the 2018 f8 conference, the Clear History tool was conceived most likely in response to last year's Cambridge Analytica revelations. Facebook said it believes the tool will ultimately be a positive experience for users, offering them greater transparency and control over their information.

Facebook had warned previously that the tool may affect advertisers if they were reliant on the company’s business tools. For example, Facebook’s tracking pixel, which reports to businesses whether a user took action after seeing a Facebook ad, is popular with advertisers. The more information about the people those tracking pixels collect, the more information goes into Facebook’s machine learning algorithms for targeting future campaigns.

However, there’s still the question of how widely the tool will be promoted to the users, which will affect adoption rate. If it’s not made clear what the tool entails, adoption may not be significant enough to meaningfully impact Facebook’s ad sales. Even then, users might not care enough to go through the trouble of digging through the tool to disconnect their off-Facebook activity, especially if they can’t actually delete it anyway.

"The big question is how many people will use the tool," said Nicole Perrin, principal analyst at eMarketer. "Uptake of these types of capabilities tends to be low—but with Facebook’s data-sharing practices regularly making headlines for well over a year, more people might check this out. Still, I doubt it will put much of a crimp in most of Facebook’s targeting capabilities." 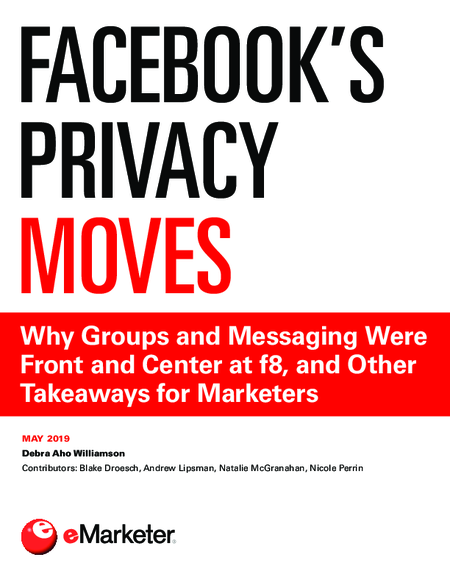