Two-thirds of the US population will use social networks on a monthly basis in 2022, with the largest influx of new users coming from Gen Z.

Remember—Gen Z is more than just teens. Although the 12-to-17 age group is an important component of this generation, it also includes people younger and older than that. Evaluating social usage growth by age instead of by generation shows a very different pattern. This year, there will be just 1.1% growth among teens ages 12 to 17, reaching 18.4 million users, and 0.3% growth among 18- to 24-year-olds, reaching 27.9 million users.

While Gen Z grows, this year will mark the first-ever decline in the number of Gen X users. As parents, they took to Facebook in the 2000s and 2010s to post countless pictures of their kids, travels, and food. But that excitement has faded, while concerns about privacy, misinformation, and inflammatory content have risen. Meanwhile, platforms that appeal to younger audiences, like TikTok and Snapchat, haven’t entirely filled the void. 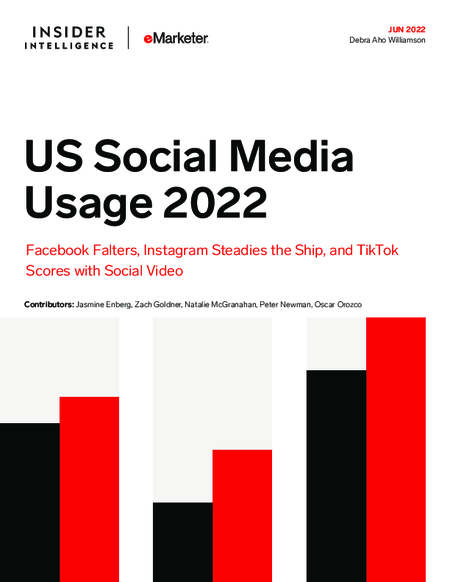