Gen Z is expanding the social media menu in Canada

In 2020, social media usage in Canada reached new heights across all the platforms we track, as people relied more on the medium to connect with loved ones and find new information on the health crisis. This growing base of users adds fuel to social media advertising, which will account for the majority of display ad investment this year. Tools for commerce have also advanced in the past 12 months, making social media a key discovery channel for retailers and allowing buyers to advance through the purchase funnel more readily.

Almost two-thirds (63.2%) of Canada’s population will use social media at least once per month in 2021. Most of that consumption will be on smartphones, and increasingly on platforms made for mobile like Instagram and Snapchat.

Social networks will reach almost full penetration among adult Gen Zers this year, or 99.0% of users ages 18 to 24. The next-highest penetration rate will be among the 25-to-34 age bracket, younger millennials, at 90.9%.

Social media’s high penetration rate among Gen Z reflects the fact that the group grew up when social networking was already entrenched. Younger age demographics are also responsible for the shift away from Facebook and the growth in Instagram, Snapchat, and TikTok.

A broader array of social networks that cultivate specific audiences will lead to more fragmented social network usage in the years ahead.

Daily usage of Facebook among adults dropped significantly in the four years leading up to 2021, according to Abacus Data polling from this January. In 2017, 61% said they were daily Facebook users, but that dropped to 37% in 2021. In contrast, the shares of respondents who reported using Instagram, Twitter, and LinkedIn daily increased over the same period.

The dividing line of adulthood is where the largest usage differences appear within platforms. While 90% of adults said they had used Facebook in the past month, only 48% of teens reported doing so, according to March 2020 polling by Ad Hoc Research for MTM Junior. Teens’ usage of Snapchat (57%) was more than double that of adults.

As for TikTok, 42% of teens and just 4% of adults had used the platform. Pinterest had the opposite age appeal: 26% of adults reported using it, compared with 16% of teens. 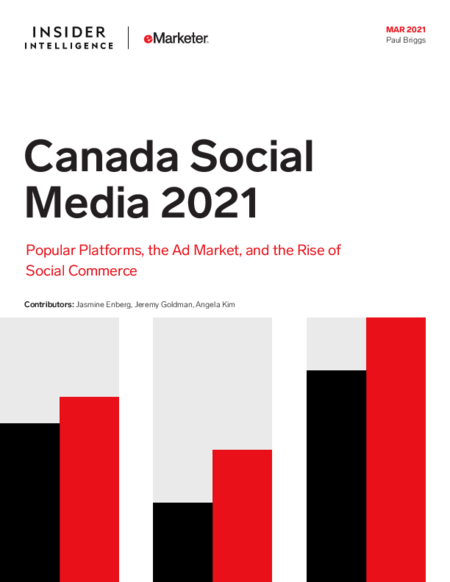