Article by Man-Chung Cheung  |  Dec 5, 2019
Download
How China's Bilibili Is Capitalizing on Vlogging and Other Emerging Video Trends in the Country
Share
Topics
Digital Video
China

As internet users in China become highly fluent in short-form content creation, "vlogging"—which has not been as popular in the country like it is in the US—seems like a logical next step. And indeed, new research shows that vlogs (video blogs) are on the rise in China. Video platforms like the Tencent- and Alibaba-backed Bilibili are now capitalizing on this type of creator-driven content.

According to a study by iiMedia Research published in June 2019, the number of vlog viewers in China will increase 97.6% year over year to reach 249 million in 2019.

Founded in 2010, Bilibili began as an animation-oriented digital video sharing platform and is considered by some industry insiders to be the closest thing to the “YouTube of China.” With this new vlogging wave, marketers are paying more attention to the platform. While Bilibili has its roots in anime, comics and gaming culture, it has diversified its video content into other genres suitable to a broader audience, including music, tech, lifestyle and fashion.

Marketers' attention has been grabbed by the large number of Gen Zers who use the platform and the activities of "key opinion leaders" (China's version of influencers) and live streamers who make a living in this ecosystem. Engagement on Bilibili’s mobile app in China has accelerated in the past year, with growth in monthly active users, daily active users, the number of sessions and the amount of time spent on the app all growing faster than in the previous year, per QuestMobile data and our calculations.

Major revenue sources for Bilibili include virtual gifting, ecommerce and advertising, as well as in-game purchases (the company is also a game publisher). According to the company’s Q2 2019 financial statement, mobile gaming accounted for 60% of its total revenues, followed by 21% from live streaming and other value-added services, 11% from online advertising, and 8% from ecommerce and other businesses.

Just as iQiyi, Tencent Video and Youku have entered the interactive video market, so too has Bilibili. The platform has provided tools for all of its users to create their own interactive videos and has offered rewards totaling RMB1 million ($151,000) to the standouts in order to incentivize creators.

Bilibili wants to establish its brand as a legitimate content provider by partnering with reputable content creators like Discovery to bring documentaries to its platform. Through the “Bilibili x Discovery” channel on its site, Bilibili users can access 145 documentaries and 200 hours of exclusive Discovery-produced content, according to details on the deal from Seeking Alpha. The two companies are also working on co-producing programming. 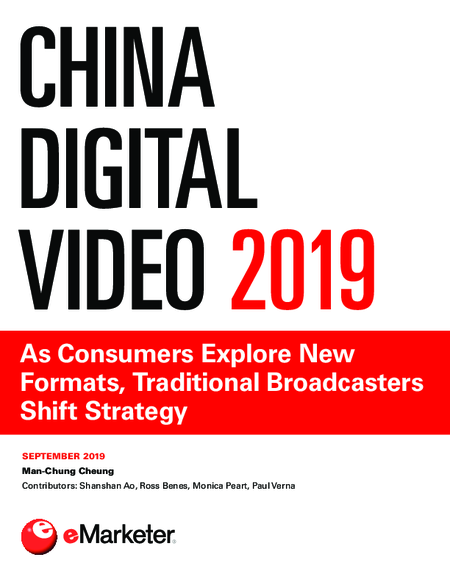 Article
YouTube is launching a streaming subscription hub, taking on Roku and Amazon