How Many Households Own a Smart TV?

This week, we're taking a look at key digital trends worldwide, based on our recent Global Media Intelligence report. Previously, we delved into subscription OTT users. Next up: smart TVs.

The increased usage of streaming video services like Netflix or Amazon Prime Video combined with a lower barrier of entry has led to a rapid uptake in smart TV ownership.

There are currently smart TVs on the market at every price point. Discounting by major players like Amazon and Roku has been driving consumer adoption. "The best selling TV during Amazon Prime Day was a heavily discounted Toshiba smart TV with Amazon Fire OS. Lower prices yield a lower barrier for adoption," said junior forecasting analyst Eric Haggstrom.

Historically, there has been a gap between the number of people who owned a smart TV and those who used one for internet access.

This gap was perpetuated by poorly designed operating systems that quickly became obsolete. For example, people would buy a smart TV and then not use its built-in internet capabilities. But improved user interfaces in newer models have closed this gap.

According to an H1 2018 survey from GlobalWebIndex, nearly 40% of internet users in the US own a smart TV. What's more, roughly 30% of respondents said they used a smart TV to access the internet in the past month.

Connected TV: A TV set connected to the web through built-in internet capability or through another device such as a Blu-ray player, game console or set-top box (e.g., Apple TV, Google Chromecast, Roku).

SVOD: “Subscription video-on-demand”; defined by Technopedia as “a service that gives users unlimited access to a wide range of programs for a monthly flat rate.”

By and large, smart TV's share of total new TV shipments has steadily increased. More manufacturers are including internet capability as a standard feature.

"And increased adoption of SVOD [subscription video-on-demand] services have given people more of a reason to use a smart TV. SVOD and smart TV usage go hand in hand," Haggstrom said.

Last week, eMarketer, in collaboration with Starcom Worldwide and GlobalWebIndex, released its annual Global Media Intelligence Report on key digital trends worldwide, like smart TV adoption. While the full report is only available to eMarketer PRO subscribers, nonsubscribers can download the Executive Summary. 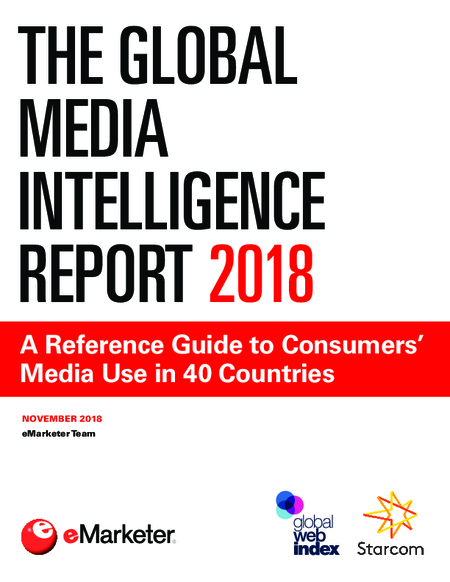 Now sure if your company subscribes? Check here.