In the UK, Publishers and Marketers See Ad Blocking as a ‘New Normal’

Article by eMarketer Editors  |  Sep 5, 2018
Download
In the UK, Publishers and Marketers See Ad Blocking as a ‘New Normal’: Just over a fifth of internet users in the country use such software
Share
Topics
United Kingdom

The number of ad blocking users is stabilizing in the UK and is relatively low compared with other Western countries tracked by eMarketer. As use of ad blocking software becomes an accepted part of the landscape, publishers and marketers are working out how best to communicate the value exchange involved in ad-supported models.

We estimate that 22.0% of UK internet users will use ad blocking tools this year, compared with 28.7% in France, 32.0% in Germany and 25.2% in the US. Growth in user numbers will slow to single digits for the first time.

eMarketer’s latest report, “Ad Blocking in the UK 2018: Growth Slows as Behavior Becomes Part of the Mainstream,” includes estimates of internet users who use an ad blocker and breaks users out by demographic and device. It also checks in on consumer attitudes toward advertising.

Any growth in the use of ad blockers will be driven by predictable demographics—younger consumers that are more likely male. And while ad blocking rates are growing faster on mobile, the proportion of ad blockers using software on smartphones will remain much smaller compared with those using it on desktops/laptops, 38.0% vs. 88.9%.

The reason why concern is greater among publishers comes down to money. Although ad blocking user growth has dropped to single-digit rates, the estimated lost revenues as a result of ad blocking grew by double digits last year. Some publishers have turned to an online subscription model as a remedy. In fact, subscriptions are growing as a revenue stream more quickly than anything else. This model works best for publishers with more affluent user bases, though. The vast majority of UK consumers won’t want to pay for an ad-free web.

That means tactics for “selling” that idea to consumers remains very important. Indeed, even premium publishers are grappling with this issue.

“Maybe we haven’t concentrated enough effort into collective messaging to make people understand the important aspect of advertising and the value it plays in the whole delivery of that content,” said Richard Reeves, managing director for the Association for Online Publishing (AOP) – UK. “Publishers have, as does the whole industry, a responsibility to help continue to educate consumers as to why that value exchange exists in the first place.” 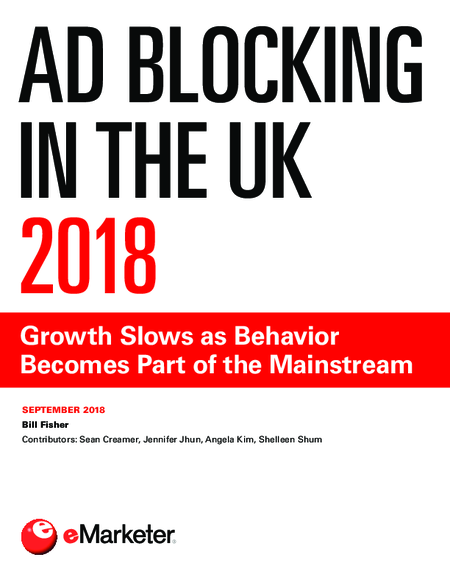