Mobile advertising is still king, but more industries are looking at nonmobile, thanks to CTV

Mobile advertising is by far the preferred destination for digital ad spending in the US, just as it is everywhere else. However, mobile’s ever-accelerating domination of the digital ad market appears to finally be leveling off.

After seizing large chunks of the market from nonmobile options every year since 2016, mobile will see its share of the pie settle in at roughly 68% for the rest of our forecast period (through 2023).

The emerging popularity of connected TV (CTV) advertising is the primary reason nonmobile ad spending is no longer losing share. Even so, every single industry in the US will spend the majority of its digital ad budget on mobile this year, as usual, with the lowest share being 57.1% and the highest being 76.5%. CTV’s time is coming, but clearly mobile still rules the digital roost.

CTVs are changing this narrative. As the center of the home for many families, these large, nonmobile screens are now a booming channel for digital ad spending.

We anticipate that CTV ad spending will increase by 48.6% this year to reach $13.41 billion. Spending on CTV will continue to grow faster than on mobile (and overall nonmobile) for at least the next several years. Suddenly, nonmobile ad spending is relevant again.

We estimate that US digital advertisers will allocate $61.29 billion to nonmobile channels this year. Although CTV is still well behind desktop and laptop in spending (making up about 22% of the nonmobile advertising pie this year), CTV’s growth will boost the overall nonmobile figure to a healthy 23.4% increase this year and a 15.5% increase next year. These growth rates are comparable to what mobile will see.

For more about mobile and nonmobile ad spending, Insider Intelligence subscribers can read our latest report: 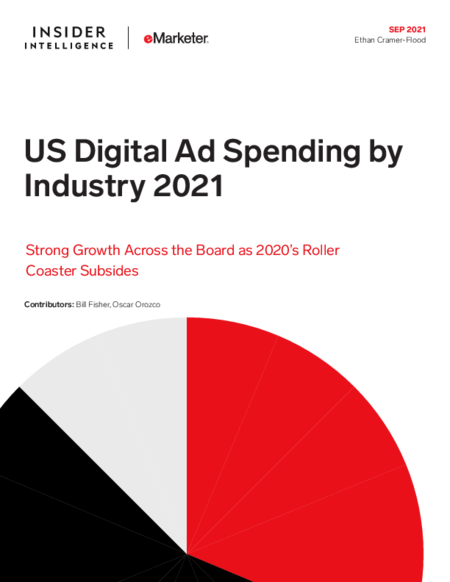