Most people think of gamers as Xbox-obsessed teenagers, but it turns out that mobile is by far the more popular place to play.

In fact, mobile gamers make up 88.8% of digital gamers, and span all ages.

By the end of 2019, 147.8 million people in the US will play mobile games, according to our estimates, compared to 91 million digital console players.

“Once you look beyond the duopoly, some of the biggest apps are gaming apps. They’ve traditionally served a younger demographic, but games now have highly engaged audiences across a wide range of ages,“ said Yoram Wurmser, principal analyst at eMarketer.

Games are getting easier, too, and opening the door to novice players. “In Q4 2018, we saw a genre of games emerge with a simple user experience and gameplay," said Lexi Sydow, marketing insights manager at App Annie. “You don’t have to have experienced strategy multiplayer games anymore, and that idea will continue and turn everyone into a gamer."

For brand advertisers, the ubiquity of gaming offers a massive opportunity. According to a July 2018 Jun Group survey of 500 mobile users in the US, 49% of those surveyed said that games have the best ad experiences, compared with 24% of respondents polled who cited social ads.

Ads in free mobile games often offer some type of in-game reward, and for Scott Swanson, CEO of Aki Technologies, that reward is an appealing part of mobile gaming apps. “What we’re seeing is that, similar to TV, people are accepting the value exchange of getting something for free for watching a video ad.” 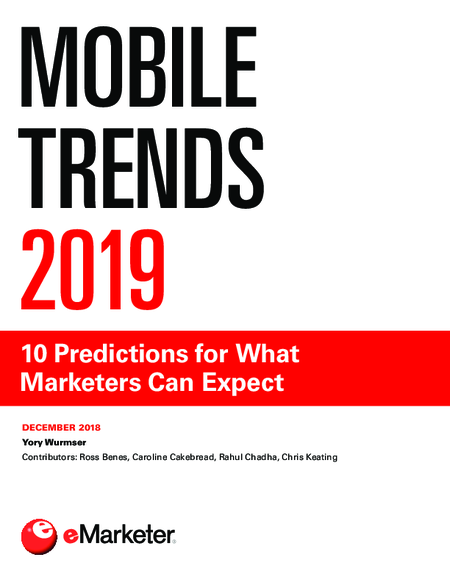 Article
Digital gamers powered up during the pandemic

Article
In-game advertising is ramping up, but consumers are worried

Article
Amid turmoil in advertising, IAB PlayFronts demonstrate execs see gaming as a critical means of ...