Although mobile video ad spending and viewer numbers are surging, most streaming still happens through TVs. Mobile video consumption and ad spending figures are heavily influenced by out-stream ads that appear within users’ feeds on Facebook, Instagram, Snapchat and Twitter. YouTube also gets much of its traffic from mobile.

But when people watch longer episodic or live content, they tend do it through TVs. In a March 2019 survey of 1,000 US internet users ages 18 to 66 conducted by market research company Attest, TV was by far the most frequently used to device to stream video. Nearly two-thirds of respondents said they use TV the most for streaming.

Digital video analytics company Conviva also found TVs to be the go-to streaming device. Conviva tracked viewing behavior across 250 over-the-top (OTT) apps worldwide in Q2 2019 and found that 56% of the time spent viewing this content happened on CTVs. Less than one-quarter of the streaming happened on mobile.

While TVs are the go-to streaming device for most users, a fair share of video streaming happens on mobile. Conviva found that 23% of time spent viewing OTT content was on mobile.

The mobile-centric streaming service Quibi will test users’ appetite for mobile video viewing when it launches in spring 2020. Quibi backers are hoping to have better luck than Verizon's mobile streaming service Go90, which shut down in July 2018. 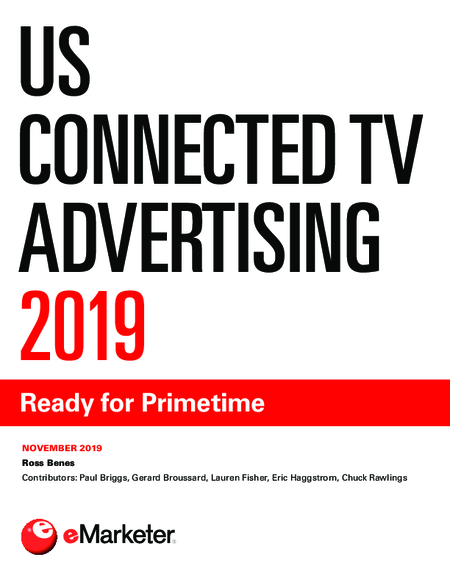