Germany, Europe’s largest economy, is the second-largest market for ad spending in the region, behind the UK. In 2018, eMarketer forecasts that advertisers in Germany will spend $21.13 billion on advertising, with 31.9% spent in digital channels.

Germany, along with the rest of the EU, will be grappling with tariffs placed on products by the US, which could affect manufacturing output. The automotive industry, for one, is already experiencing a slowdown in sales because of tariffs, with Daimler AG and Fiat Chrysler Automobiles NV decreasing output.

Still, the economy remains strong, consumer confidence heading into Q4 is high, and the Bundesbank—the central bank of Germany—expects the economy to continue thriving.

eMarketer’s forecast expects digital ad spending in Germany across all industries will reach $6.74 billion in 2018.

“Brands continue to spend in TV, in part, because inventory for digital video remains low,” said Michael Zeisler, regional director of Central Europe for Pubmatic. “[Advertisers] would like to spend more on digital video, but it’s not always available at the quality they need.”

Consumers in Germany are also avid newspaper readers, and advertising in that medium remains strong: eMarketer estimates that 76.2% of those ages 18 and older read a newspaper at least monthly, a percentage that is expected to decline just slightly, to 75.7%, by 2020.

With such a large percentage of print readers, it is understandable that advertisers still allocate budgets toward print media. Still, Zeisler said, brands that want to reach younger readers should consider funneling a portion of ad spending toward digital publications. “The user is moving faster to new media than the budgets are,” he said.

Digital will see the largest growth among all media, up 5.5% in 2018. TV, with its mass reach for brand campaigns, will grow 1.2%. Newspapers’ share, nearly on par with TV’s, will decline 3.3% as brands digitize their ad strategies.

As in the US and other markets, brand safety has been a rallying cry among brands in Germany, and Zeisler said he is seeing the benefits of allocating more spending to fewer publishers. Especially within the programmatic ad space, the largest brands are working directly with publishers to have more control and mitigate risks of ad fraud, creating a win-win for advertisers and publishers. “If you build trust with brands, they’re happy to increase spend,” he said. 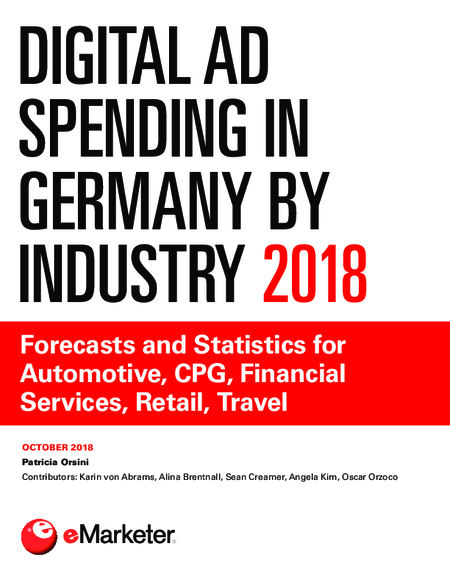 Article
Why physical stores are the next major media channel

Article
Next year for the first time, less than half of digital audio listeners won’t be podcast subscribers

Article
Meta and Google embrace the art of ‘quiet banishing’

Article
Billboards, the out-of-home winners during the pandemic, are evolving as budgets rebound