Netflix’s lead in viewership over other services isn’t as large as it once was. But Netflix is still streaming’s king.

It’s the only subscription streaming video service that will reach more than half of the US population through the end of our forecast period in 2026. Three others (Amazon Prime Video, Hulu, and Disney+) will each be watched by at least 40% of the US population by the end of 2026, but none will quite reach Netflix’s market share.

Here’s another way to quantify Netflix’s massive userbase: It will have more viewers than all ad-supported streaming services combined, excluding YouTube and TikTok, through 2026.

Total AVOD (ad-supported video on-demand) viewership will crack half the US population in 2026. But that will be 5.1 percentage points lower than Netflix’s penetration rate. And because Netflix recently introduced advertising, a portion of its viewers will be counted as AVOD. If AVOD is to reach more than half of US viewers before 2026, it will likely be because more Netflix viewers adopted its advertising tier. Netflix used to be seen as AVOD’s primary competitor; now it could eventually become AVOD’s primary contributor. 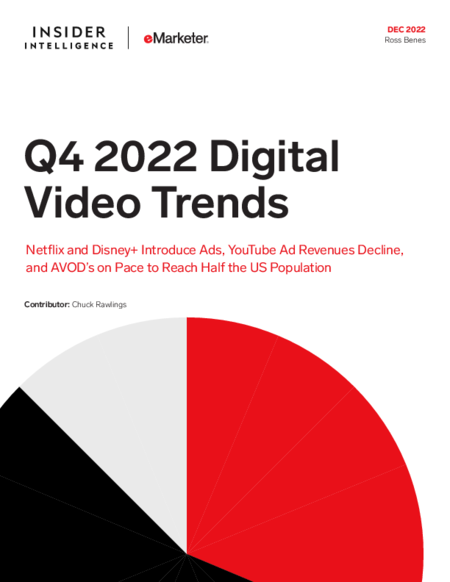