The number of digital video viewers in the UK continues to grow. This year, almost three-quarters (74.9%) of the population, totaling 50.6 million, will watch digital video. This is up from 72.1% in 2020 and 68.9% pre-pandemic (in 2019). The growth rate is slowing, but despite high penetration in the UK, the growth remains on par with some of the world’s leading countries.

However, older age groups made the shift to digital video in droves during pandemic restrictions, and healthy growth will continue. Younger people in the UK are more likely to be digital video viewers, but growth in user numbers tells a story of older generations looking to jump on board.

In 2020, when the first stay-at-home orders were enforced in the UK, digital viewer numbers in the 65-and-older age group jumped by 18.7%. That rate slowed in 2021, but even then, it was higher than for any other age group. This will continue to be the case throughout our forecast.

It’s likely these older viewers are boosting SVOD growth. We noted earlier that subscription OTT video viewer growth was accounting for an ever-greater proportion of the overall OTT viewer total. Access to SVOD services among 65- to 75-year-olds has been on a steady rise, per September 2021 Ipsos MORI research for Deloitte. A significant jump in 2020 was followed by an even-more-impressive rise in 2021, when the study found 57% had access to such services.

Older generations are in a much better financial situation than their younger peers. According to data from the ONS, median total wealth among those in their early 60s is almost nine times as high as those in their early 30s. It’s unsurprising to see them acting as the main fuel to SVOD’s fire as the platforms are closest to their staple of traditional TV. 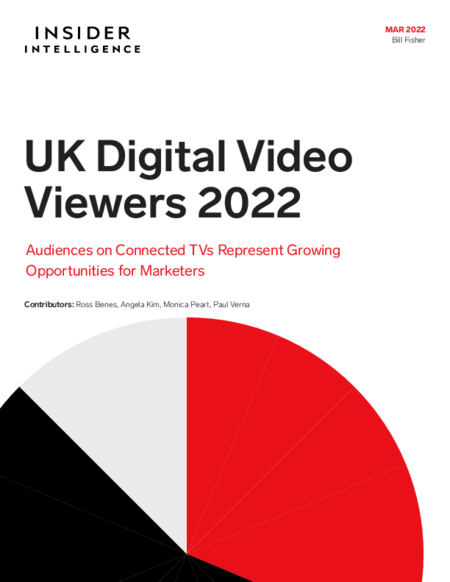 Article
The tangled web of advanced TV pain points, explained by our analyst