The Problem of Consumer Consent in Marketing

Addressable advertising relies on being able to identify users to serve them the right message at the right time. But the identifiers that marketers use to do this are coming under threat as platforms and regulators work to improve data privacy and protection practices for consumers—namely by killing the third-party tracking cookie.

Now, some marketers are looking for ways to “replace the cookie”—which could be a doomed proposition if consumers don’t want to consent to being tracked and targeted by advertisers. The ad tech ecosystem sees consumer education as the key to getting that consent, but for more than a decade, consumers have expressed concerns.

In 2009, we noted research from the Annenberg School for Communication, University of California Berkeley School of Law, and the Annenberg Public Policy Center that found two-thirds of US internet users did not want to see ads tailored to their interests—and that their opposition increased when they learned how such ads were delivered. Almost two-thirds (63%) said they thought advertisers should be legally required to delete information about consumer internet activity immediately.

In 2010, covering other research that revealed consumer discomfort with ad targeting practices, we wrote, “Education without effective empowerment with regard to their own data may not be enough for consumers to get comfortable with targeting.”

There has never been a clear process of informed consent, or radical transparency, nor have consumers had the capability to manage their preferences conveniently. There hasn’t been even the smallest effort to explain to the public how real-time bidding (RTB) works and what it means about who processes their data. But there has been a massive increase in spending on targeted digital advertising.

According to February 2019 research conducted in the UK by the Information Commissioner’s Office (ICO), the Office of Communications (Ofcom), and Harris Interactive, consumer support for viewing digital advertising in exchange for free content dropped from around two-thirds (63%) to around one-third (36%) when survey participants were given some basic information about how personal data is used in RTB.

In 2010, we cautioned: “The fact that over time, as behavioral targeting has featured prominently in the news, Americans continue to regard it as invasive, creepy, or otherwise undesirable further suggests that educational efforts may not be enough.”

Almost two-thirds (63%) of US adults surveyed in June 2019 by the Pew Research Center correctly understood that cookies allow websites to track user visits and site activity. And Performics and Northwestern University’s Intent Lab found in March 2020 that more than seven in 10 US adults wanted to see regulatory reforms of how companies treat their data.

To the extent that users are willing to share their data, it’s with the expectation of meaningful choice and control—which are often still not present. About three-quarters of US adults surveyed in November 2019 by geofencing firm Herow said they would be more likely to share their location data if they were given a clear and easy way to control if and how it was used.

“Marketers, agencies, and media companies are going to have to make a choice, and it’s a simple one,” said Anne Hunter, head of product marketing at consumer insights platform DISQO. “They can either use various technical workarounds to replicate the cookie, or they can do what consumers actually want: get permission before collecting data.”

To learn more about the impending changes to cookies, ad IDs, and regulations taking aim at tracking, eMarketer PRO subscribers can read our recent report: 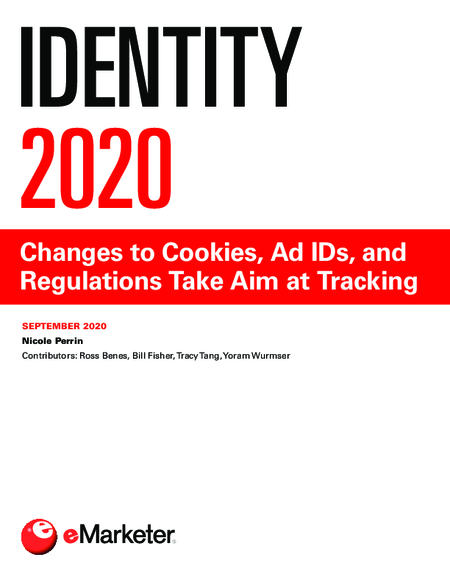