Smartphone Users Are Reinstalling Apps at a Surprisingly High Rate

Article by Rahul Chadha  |  Jul 2, 2018
Download
Smartphone Users Are Reinstalling Apps at a Surprisingly High Rate: Most who do so simply want to give the app another try
Share
Topics
Mobile Apps
United States

It turns out that a surprisingly high number of app users are uninstalling and then reinstalling their apps, according to recently released data from mobile analytics firm Tune. In fact, the firm’s analysis revealed that nearly 30% of app downloads in North America—as measured by Tune’s customers between November 2017 and May 2018—were reinstalls.

The data adds a new twist to marketers overseeing app install and user acquisition campaigns. eMarketer's recent report, "Mobile App Installs: What You Need to Know About User Acquisition" (available to eMarketer PRO subscribers), gives marketers an overview of strategies and best practices for app install campaigns, such as using paid search ads in app stores, why marketers should employ video ads and Facebook for paid campaigns, and why multitouch attribution is the gold standard.

Tune found that reinstall rates were higher for specific app categories, particularly those for which consumers had a short-term need, such as travel apps and dating apps. In addition, gaming apps tended to be reinstalled at a higher rate than non-gaming apps.

Conventional wisdom used to suggest that app reinstalls were most common in emerging markets, where lower-end smartphones with limited onboard memory are prevalent. The constraints of these devices were thought to cause users to download apps for a distinct purpose and then delete them to free up precious storage space until they were needed again. That’s when the “download-then-delete” cycle would begin anew.

But Tune’s data is complicating that idea, revealing that a higher number of smartphone users in Western markets are also reinstalling apps.

Tune found that roughly 34% of US smartphone users polled in November 2017 reinstalled an app simply because they wanted to give it another try, making it the most popular reason for reinstalls.

A smaller number of respondents, about 20%, said they deleted an app because they found it buggy, and they reinstalled in the hopes the newer version would work better. Overall, only about one-quarter of respondents said their decision to reinstall an app had been driven by a lack of storage space on their device.

So what's that mean for marketers running user acquisition campaigns in the US?

First, the importance of your app store optimization (ASO) strategy cannot be understated. Tune found that 65% of smartphone owners surveyed in November 2017 said they reinstalled an app after searching for it.

These smartphone users know exactly what they’re looking for; app marketers can make the discovery process even easier by including the right keywords in app titles and descriptions on the Google Play Store and Apple App Store.

A new eMarketer report available to PRO subscribers, "Mobile Retail Apps 2018: Strategies to Acquire, Engage and Retain Mobile Retail App Users," gives additional insight into app install campaigns. It explores the specific challenges facing retailers in getting consumers to install their mobile app, and what strategies are best to retain those users once they are on board. 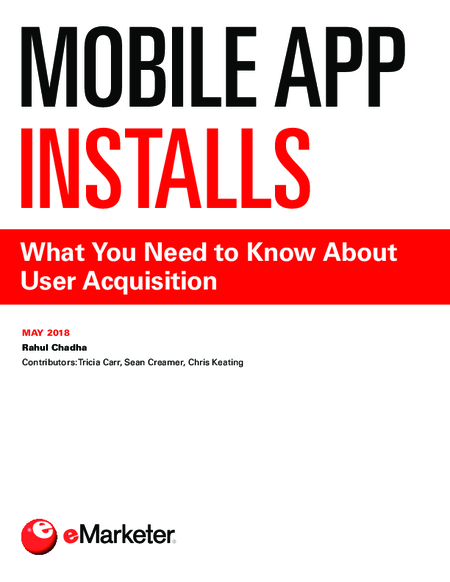 Report by Rahul Chadha May 21, 2018
Mobile App Installs
For a more in-depth look at how retailers are using mobile apps, eMarketer PRO subscribers can read the full report. 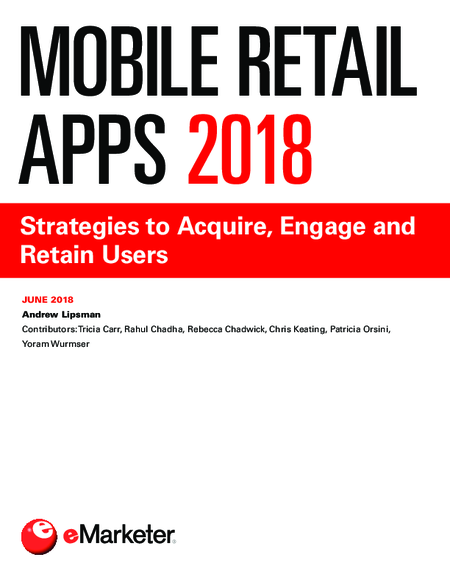