Streaming service competition heats up amid inflation and economic volatility

Rising costs and economic uncertainty are contributing to a reconsideration of streaming’s future. Streaming services are under pressure to attract consumers and retain them, all while inching toward profitability. As the category’s leader, these pressures affect Netflix acutely. Its recent stumbles open the door for competing players to attract viewers to emerging services. 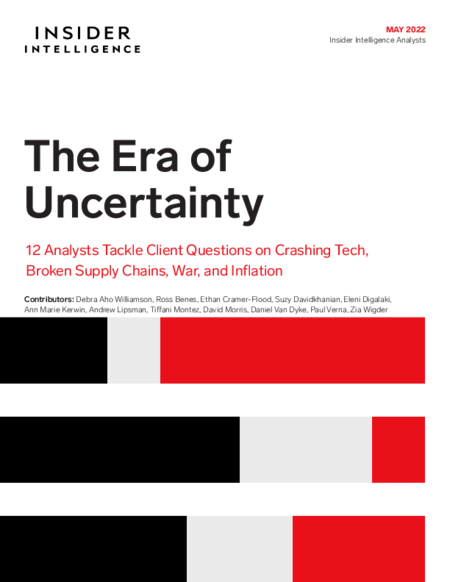 Report by Insider Intelligence Analysts May 17, 2022
The Era of Uncertainty