In the 1980s, Japan’s consumers were early adopters of technologies like Nintendo’s Game Boy and Sony’s Walkman. But tech took a backseat following years of economic stagnation in the 1990s, and the country missed the boat on game-changing trends like the smartphone. That, combined with an aging population, has been a recipe for slow tech adoption.

But that’s starting to change with a new set of economic policies intended to rejuvenate the tech sector, which could set the stage for Japan to be a leader in future technologies.

Below, our latest forecasts on media and tech usage in the country offer a glimpse of what’s expected. 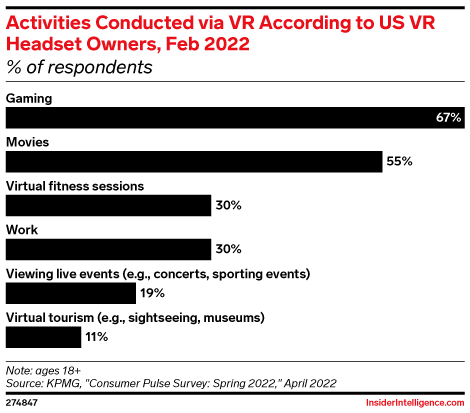 Article&nbspSep 16, 2022
Japan is the next battleground for competing VR metaverses
Download

Article
Voice assistant use is strong—revenue potential, not so much

Article
Electric cars fall short of connected cars in adoption, by a lot

Article
Are intensifying Tesla safety recalls a symptom of a leadership vacuum?

Article
Big Tech in chaos as layoffs, losses add up