In case you missed it, TikTok is very popular with young consumers. We estimate that 61.3% of the Gen Z cohort in the US uses TikTok at least once a month. Additionally, 58% of American teenagers ages 13 to 17 visit TikTok at least once a day, and 16% access TikTok “almost constantly,” according to research conducted by Pew Research Center this spring.

This popularity has translated to explosive growth in TikTok’s ad revenues. This year, TikTok will net $5.96 billion—more than Twitter and Snapchat combined.

Advertisers can’t buy search ads on TikTok—yet.TikTok appears to have launched a beta trial of a search ad product, as reported by Search Engine Journal in March 2022. If it rolls out search ads, advertisers with younger target demographics may divert paid search budgets to TikTok. It’s more likely that TikTok initiatives would be funded from social media budgets.

And TikTok doesn’t need to have paid search formats to take advantage of search activity on its platform. “Search data is just as important here,” pointed out Eric Haggstrom, director of forecasting at Advertiser Perceptions. “An advertiser doesn't necessarily need to place an ad against [a consumer’s] search if they can use that data to target that consumer better.”

But TikTok’s influence in the paid search ecosystem goes beyond its own ad revenues. In June 2022, Buzzfeed News published a story on a tweet from a London-based product designer named Claude Lukyamuzi that polarized its audience: “I don’t Google anymore I TikTok.” With nearly 25,000 retweets and many replies in agreement, it appears Lukyamuzi isn’t the only one. Then, in July, Google senior vice president Prabhakar Raghavan publicized internal data suggesting almost 40% of 18- to 24-year-olds in the US go to TikTok and Instagram over Google for their search needs.

This suggests an evolution in consumer behavior that may become more important as the Gen Z cohort matures into its full purchasing power. As of March 2022, 61% of US internet users ages 16 and older begin online product research with Google or YouTube, while just 6% start with Facebook, Instagram, or Pinterest, per Morgan Stanley. TikTok has already demonstrated its trendsetting power in social video; it’s conceivable that given time, TikTok could start pulling more mid-funnel searchers away from Google.

It’s worth noting that it’s in Google’s best interest to draw attention toward any competition in search.With antitrust pressure mounting from all corners of the globe, Google’s likely hoping to soften regulators’ ire. “We face robust competition from an array of sources, including general and specialized search engines, as well as dedicated apps,” Google told Insider in July. 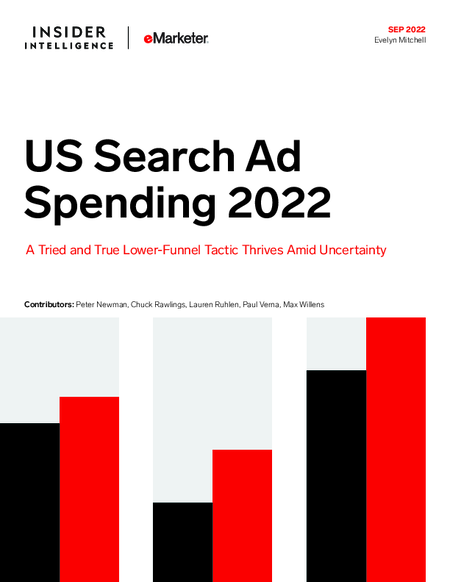