Growth in total ad spending in the UK continues to slow, weighed down by the uncertainty of Brexit dragging into the 2019 holiday season and unfavorable comparisons to 2018 total ad spend, which got a bump from the World Cup.

Digital ad spending will grow 10.8% this year, another downward revision from our previous estimate of 11.2%. Total digital ad spend is $19.41 billion.

Among traditional media, TV was the most affected. After the World Cup effect wore off, H2 2018 saw revenues decline as TV ad spot prices decreased.

Out-of-home (OOH) advertising remains a bright spot, thanks to growth in digital OOH and in the transportation sector where there are increasingly more digitized ads in stations and on transit vehicles. In 2018, OOH advertising saw 5.6% growth to $1.61 billion, and we estimate that it will grow another 3.2% this year to $1.67 billion.

We expect that OOH will overtake newspapers as the second-largest traditional media category by percentage of total media ad spend at 5.6% and 5.5%, respectively. (TV ad spend makes up 18.8% of total spending.) This growth can be partly attributed to the digitization of OOH inventory, which has been one of the most resilient forms of traditional advertising.

Still, this outdoor advertising growth may be limited in times of economic pressure: When ad budgets are tight, advertisers are more likely to rely on direct-response ads over longer-term brand-building ads, the latter of which make up the majority of OOH ads.

“The economic context in the UK has been weighing negatively on the country's advertising market and is looking more difficult with the Brexit deadline in the run-up to Christmas,” said Shelleen Shum, forecasting director at eMarketer. “OOH advertising is bucking the trend of a slowdown for now, driven by a structural shift in the industry to automation. However, it is particularly sensitive to the economic cycle and further headwinds may lead to more downward pressure.”

For breakdowns on UK digital spending in particular, eMarketer PRO subscribers can read our recent report: 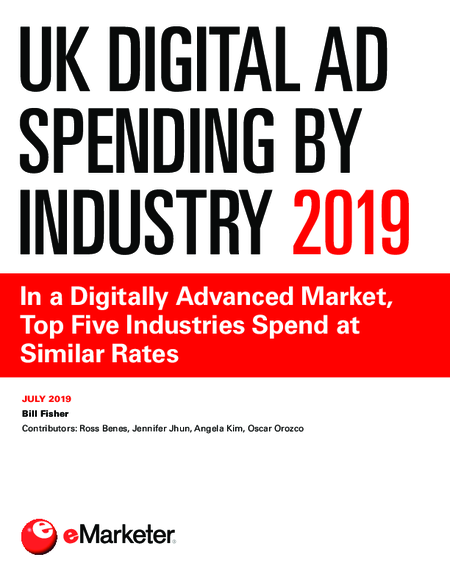 Article
Will Warner Bros. Discovery have too much debt and not enough content?