TV ad spending in the US reached its highest point ever in 2018, a year that featured the Winter Olympics and a midterm congressional election—except no one realized it was a peak at the time. Linear TV had been stagnating for several years, though in early March 2020, the combo of the Summer Olympics and a big presidential campaign season looked set to generate a record $72.00 billion in US TV ad spending that year.

The political ad spending did come, but nothing else about last year went as expected for TV, and spending on that media type declined by 12.5% year over year, rather than increasing by our pre-pandemic estimate of 2.0%. While TV ad spending will rise again this year, by 6.7%, we don’t expect it to reach 2018 levels ever again.

Out-of-home (OOH) ad spending also peaked, but in 2019. The pandemic devastated the OOH advertising market, causing a 29.7% decrease in spending last year, as fewer people were driving past billboards, taking mass transit, or going to the types of venues and businesses that typically spend a lot on outdoor advertising.

We predict a rebound of 14.5% this year, but OOH ad spending won’t reach $8 billion annually again for the foreseeable future. Pre-pandemic, we had expected consistent, low single-digit annual increases for the OOH ad market.

TV and OOH were the only bright spots for a traditional media market in long-term decline, and they’re looking considerably dimmer due to the pandemic. Digital advertising, meanwhile, kept on rising last year, by 14.9%, and will accelerate to 25.5% growth this year. Digital, and especially mobile and connected TV, will continue to claim an ever-greater share of total ad spending because of the pandemic.

For more on our latest US digital ad spending forecast and pandemic-related trends in today’s ad market, Insider Intelligence subscribers can read our recent report: 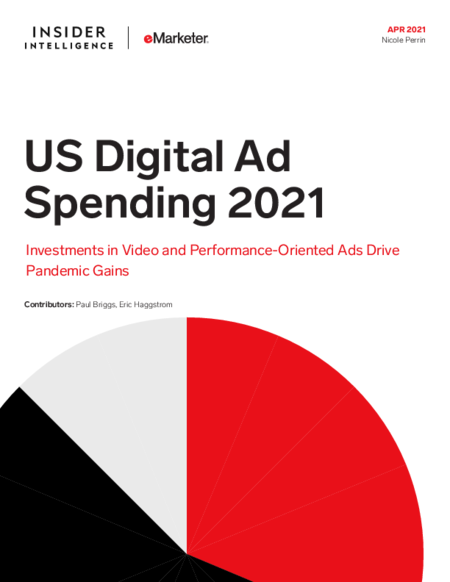