Consumers were already leaving cable and satellite TV before the pandemic, and those defections have only increased since.

We previously expected there to be 80.5 million US pay TV households this year. We updated our forecast in August, and we now believe that figure will decline by 7.5% to 77.6 million. Our pay TV figures exclude virtual multichannel video programming distributors (vMVPDs), which deliver live TV over the internet.

Additionally, we have increased our estimates for non-pay TV households—which combine cord-cutters and -nevers—from 48.9 million to 51.7 million.

The pandemic increased pay TV losses because it tightened consumers’ wallets and caused the cancellation of live sporting events, which are one of the main draws of cable and satellite operators. Pay TV providers have also cut back on some of their promotional pricing to sustain profitability. But as prices increased, so did cord-cutting.

When vMVPDs are included with traditional pay TV packages, the impact of cord-cutting looks slightly less dire. This year, 86.1 million US households will have pay TV/vMVPD, a 5.9% year-over-year decrease. Two-thirds of US households will have pay TV/vMVPD. When analyzed this way, the number of cord-cutters and -nevers combined will not surpass the number of pay TV/vMVPD viewers during our forecast period. However, their paths are converging, and most of the customers leaving traditional TV are not replacing it with vMVPDs.

We created a metric that combines vMVPD users with pay TV users because vMVPDs operate a lot like cable and satellite providers. Like pay TV, vMVPDs have carriage fees, subscription revenues, and advertising. vMVPDs offer viewers access to live programming and the numerous channels that they are accustomed to with traditional TV. As vMVPDs become more popular, they are accounting for a larger share of TV networks’ audiences. Including vMVPDs with pay TV gives us a better view of how many total customers are paying to access live TV.

There will be 10.0 million US households with vMVPDs this year, up from 9.5 million in 2019. When these products first launched several years ago, they were sold at a discount to attract new customers. But with TV affiliate fees growing, vMVPD prices have significantly increased, eroding one of their main advantages over traditional TV. vMVPDs offer seamless cancellation and flexible contracts, and they are much easier to activate than satellite and cable TV. But without the pricing advantage, there isn’t much difference between them and their traditional TV counterparts, which has slowed vMVPD user growth.

To learn more about how the pandemic has accelerated cord-cutting, eMarketer PRO subscribers can read our recent report: 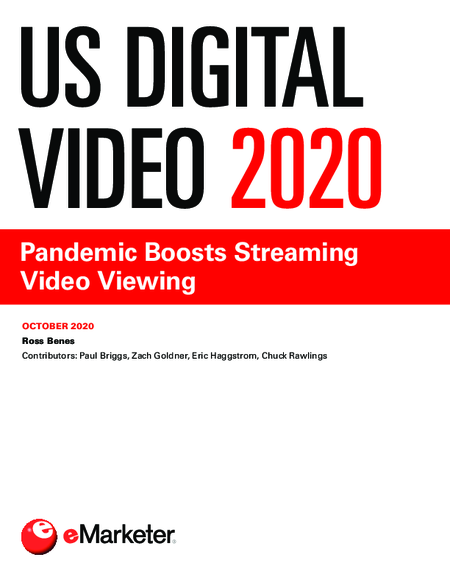