Digital habits were supercharged through the pandemic. For those who had been around digital for much of their lives, however, the suddenly crowded digital ecosystem became a smorgasbord for them to snack on. And younger, more digital generations appear to be quite picky.

High digital expectations could limit some behaviors in younger generations. For example, 43% of Gen Z fashion shoppers said they had shopped mostly or always online in the past six months, according to June 2021 findings from Think with Google and Trinity McQueen. This was the highest proportion across generations. However, only 48% said they would maintain that behavior in the next six months—a delta of 5 percentage points. The share of millennials who said the same was 39% and 57%, respectively, an increase of nearly 20 percentage points.

It seems that brands won’t pass the Gen Z sniff test just by “being digital.” Being digital goes hand in hand with being engaging and meeting Gen Z where it’s at.

“You need to have specific content and creative for different channels for younger generations,” said Asher Gordon, head of paid media at Tug. “They will often discover the product on TikTok before searching for reviews on Google, all while looking at unboxing tutorials on YouTube.”

If brands don’t meet Gen Zers’ demands, they’ll happily go elsewhere. Given what we know about Gen Zers and their digital demands, it comes as no surprise that they’re much more likely to switch brands. Sixty percent of Gen Zers said their brand loyalty has changed since the start of the pandemic, per a March 2021 Arlington Research poll for PFS. Among boomers, that figure was just 20%.

“Gen Zers have been brought up with fast evolving digital innovations and are far more inclined to discover and adopt new online behaviors,” said Darryl Proctor, head of client success for EMEA at Amobee. “In turn, these users are easier to prospect toward to drive change in brand loyalty, though the content needs to engage them and highlight a key differentiated benefit.”

Again, just being digital isn’t an automatic win if a brand is targeting younger consumers. Gen Z is a demanding (and flighty) cohort, but while older customers might get more excited about digital options, they aren’t going to be easy to prize away from the brands they’ve already built a digital rapport with. 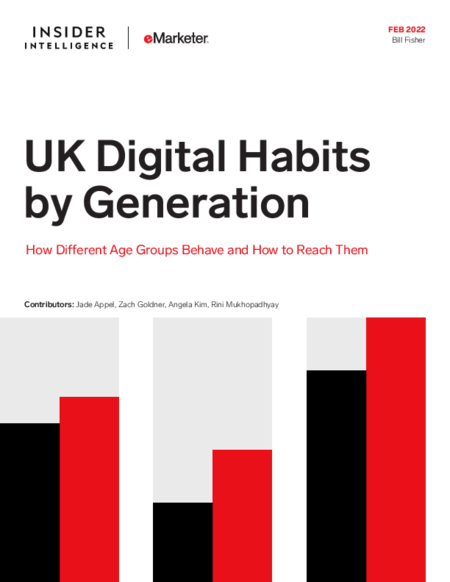 Article
How American Eagle Outfitters taps into authenticity on TikTok, BeReal, and Snapchat to reach its ...