What Marketers Should Know About Twitch, Mixer and DLive’s Monetization Offerings for Creators

Although not strictly social media, game streaming properties such as Amazon’s Twitch and Microsoft’s Mixer are playing an increasing role in the video creator space. They are competing with YouTube—and each other—for top video streamers and the audiences those streamers command. They are also becoming more important places for advertising.

For our latest report, “Video Ads in Social Media 2019,” we take a look at monetization offerings from Twitch, Mixer and DLive.

Typically, creators use these properties to stream themselves playing a video game on-screen while narrating the action. The properties are also home to esports, larger tournaments in which gamers play against each other. Some, such as Twitch, host other types of content, such as podcasts, cooking shows and music events, but the vast majority of content is gaming-related.

“The Twitches and Mixers of the world are the ones that can drive substantial revenue and a launchpad” for new creators," said Benoit Vatere, founder and CEO of Mammoth Media, a mobile media company. “The problem with Mixer and Twitch is that it's mostly game-driven. So if you're not playing Fortnite or any of those games, there's not a place for you.”

Watching others play video games is becoming more popular. US adults who play video games at least once a week spend more time watching gaming video content on properties like Twitch or YouTube than they spend watching esports tournaments, according to Limelight Networks’ February 2019 research.

For that reason, the monetization strategies of properties like Twitch and Mixer are worth discussing in the context of social media.

Ads: Partners get an undisclosed cut of ad revenues from ads that play on their channel.

Virtual goods: Viewers can purchase “Bits” to help show support for their favorite Twitch partner. Viewers can use their Bits in varying amounts to get animated emoticons in chats, participate in subscriber-only chat rooms and get acknowledgement from a partner; partners get 1 cent per Bit used to support them.

Subscriptions: Partners can earn revenues from subscriptions to their channel. Subscriptions range in price from $4.99 to $24.99 per month.

Mixer scored a major coup in August by wooing top streamer Tyler “Ninja” Blevins from Twitch. Within five days of moving to Mixer, Blevins had topped 1 million subscribers to his streams.

Mixer is much smaller than Twitch; it streamed 12 million hours in Q2 2019, according to an analysis by Newzoo in Streamlabs’ Q2 2019 report. Twitch, by comparison, streamed nearly 95 million hours.

Launched in 2017 after Microsoft acquired it (then called Beam) in 2016, Mixer does not contain advertising, but does offer other forms of monetization such as subscriptions and virtual gifts.

DLive, a blockchain-based streaming property, is even smaller, with just 3.2 million hours streamed according to Streamlabs’ report, but its relationship with legendary—and controversial—YouTube video creator PewDiePie, who exclusively streams his gameplay on the property, and its unusual revenue model for creators, make this service one to watch.

DLive does not take advertising. It is also different from other places for creator content in that it doesn’t take a cut of revenues from subscriptions or virtual gifts. Instead, 90.1% goes to the creator and the remainder goes to a pool that provides rewards to users who have a special version of the company’s Lino Points digital currency.

For more insight on how social media platforms are monetizing their offerings for creators, eMarketer PRO subscribers can read our recent report: 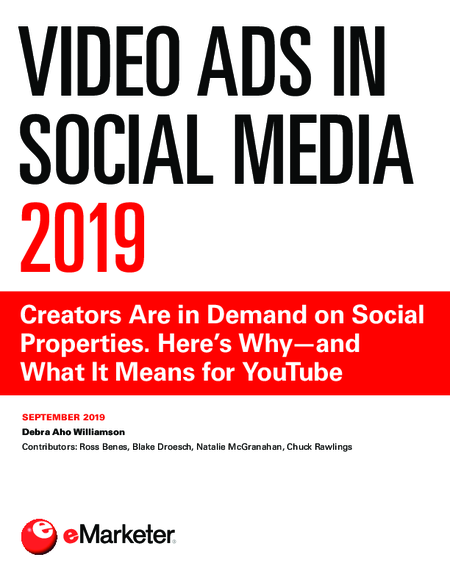 Article
The future of video games will be streaming

Audio
The Daily: A new (OOH ad) normal, watching 4 channels at once, and Netflix gamers